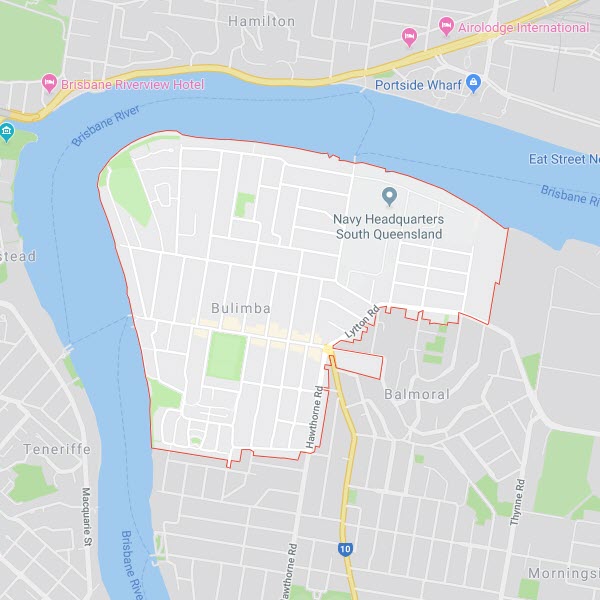 Property Management Bulimba - Why Bulimba Rentals are so Popular

Bulimba is a Brisbane suburb located just 4 kilometres to the northeast of Brisbane’s central business district (CBD). This is a lovely, green, leafy suburb that allows close proximity to the city while maintaining a level of community and suburban living. Bulimba is known for its markets, fashion, restaurants and bars.

Bordering suburbs such as Balmoral, Morningside and Hawthorne, Bulimba is a popular suburb on the Brisbane River with Oxford Street a hub of café, restaurant and unique shopping experiences.

Due to this proximity to the river, the CBD and Oxford street, Bulimba rentals are highly sought after just the same as nearby suburbs of Norman Park and Hawthorne.

Bulimba is largely made up of stand-alone houses, townhouses, and a small percent of apartment style blocks. These housing styles consist mostly of heritage listed and renovated Queenslander style homes.  There are a few modern apartment blocks dotted throughout and some stunning river front homes. Bulimba real estate prices are at the upper end of the market, with the median house price over the $1 million mark. So if you love living in this kind of area, but don't have the budget for a purchase, Bulimba rentals offer a much more affordable way to enjoy the popular lifestyle in this suburb.

Bulimba is largely populated by couples with children (approximately 42%) and young couples without children (approximately 42%). Units account for only 22% of dwellings in this area, while stand alone houses account for over 66%. The median age of residents is 36, which is one year younger than the national average. There are also an equal number of male and female residents.

Like many Brisbane suburbs, Bulimba’s history dates back centuries. Originally, the Turrubal people, who have lived in the area for at least 20,000 years, inhabited Bulimba. This suburb was called Tuguwala, by it’s indigenous inhabitants.

The 1880’s saw this land settled as a farming district, where soon after, residential subdivisions began to boom. Around 1910, the area on the opposite side of the river was renamed from Bulimba to New Farm and Teneriffe.

Brisbane transport busses service Bulimba, which makes it easy to get to the CBD and other areas in Brisbane.

At the end of Apollo Road another ferry terminal provides a quick ride across the River. The destination is Portside at Hamilton with more cafés, restaurants, bars and cinemas. From there it is only a short stroll to Racecourse Road and Eagle Farm. As such, those who love the City Life and Night Life just love suburbs like Bulimba and Hamilton.

This convenience makes ferrying the perfect mode of transport for those who wish to get to the city, Southbank, the universities or surrounding precincts.

Bulimba offers a range of shops to residents such as supermarkets, banks, bottle shops and hair salons. As it is also home to Oxford Street, known for its market stalls, fashion, restaurants and bars, this is also the 'place to be'.

There are a number of parklands, which make this suburb the perfect family location. Most noteworthy is the Bulimba Memorial Park. Commemorating World War One, this is an important venue for community functions and recreational activities.

There are several schools to choose from.  Also, Bulimba is within close proximity to other suburbs that are home to a number of private and state schools.

If you think Bulimba would suit you and are interested in Bulimba rentals, contact us and we will help you find a home that suits your needs.